2022-2023 IAC Executive Board Members Sworn in at Annual Conference

IAC held its installation ceremony for the organization’s 2022-2023 board of directors at the IAC Annual Conference this September in downtown Boise.

Chris Goetz, Clearwater County Sheriff, took his position as Immediate Past President, while Dotti Owens, Ada County Coroner, accepted her new role of IAC President. Franklin County Prosecuting Attorney Vic Pearson was installed as the First Vice President. Blaine County Treasurer John David Davidson would have been sworn in as Second Vice President, but unfortunately he was unable to attend the conference due to illness. He will be sworn in at a later time.

“It was an honor to serve this organization as its president, and I am looking forward to seeing the great things Dotti will accomplish as IAC’s new president,” said Goetz. 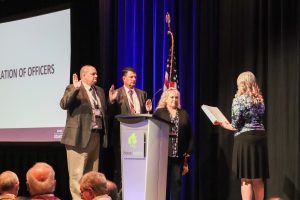 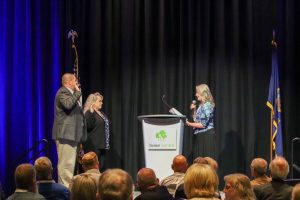 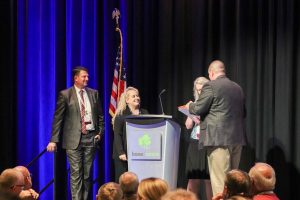 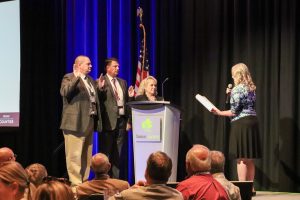