The Idaho Association of Counties (IAC) recently held its 2022 Midwinter Legislative Conference in Boise, where it presented annual awards to distinguished members, among other notable activities.

Recipients of the Mills-Adler Award for 2021: 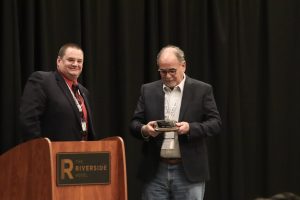 Dwight Davis was elected county assessor in 2010. He has held many offices with IACA, including serving as the district IV chairman, County Precinct chairperson representing the Unity Precinct, and IACA President. He is Chair of the IACA CAPCOM and Vice-Chair of the Nominating Committee, and he has also participated on the Rules, Legislative, and Mapping Committees. He has served on the IAC Transportation, Public Lands, Environment, Energy, and Land Use Committees, along with serving on the IAC Litigation Fund from 2017 to 2020.

Dwight is actively involved in helping youth in his community and is engaged in several local organizations. In his spare time, he tries to keep up with nine grandchildren and their activities, rides his Harley, and tries to see as much of the country and Canada as he can. 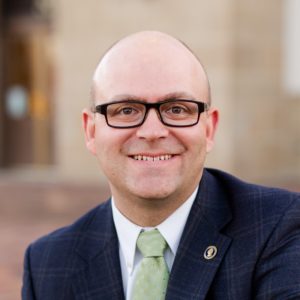 Phil McGrane has been working non-stop since taking office in 2019. He serves as Chair of the IACRC Election Committee and is also Chair of the Intergovernmental Affairs Committee for IAC. He has worked with the Idaho Governor, legislators, and county clerks to convene a special session to address the extraordinary circumstances of conducting an election during a pandemic. Legislation from the special session was critical to allowing Clerk’s the ability to handle the dramatic increase in absentee ballots and enabled counties to release results on time, avoiding many pitfalls faced by other states post-election. As IACRC Election Committee Chair, he organized a statewide contest to design an “I Voted” sticker commemorating the 100th Anniversary of Women’s Suffrage.

He is the recipient of the National GFOA Award for Excellence for an “Exceptionally well-implemented best practice: public engagement in the budget process” for the County Budget Explorer. The Budget Explorer was created as part of his vision to build trust in government and make the budgeting process accessible and engaging to everyone. His County Clerk’s office received the GFOA Certificate of Achievement for Financial Reporting for the 32nd consecutive year. Under his leadership, his County Clerk’s Office was named one of the “Top 10 Best Places to Work in Idaho” for the last three consecutive years; the first government entity to earn this designation. 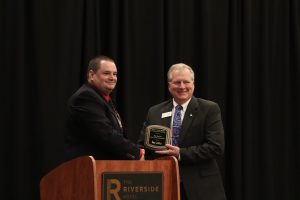 Skip Brandt was appointed as county commissioner in 2007 and then elected in 2008. He is very involved and active on several committees and boards within his county, IAC, and, the  state. He currently serves on the IAC Public Lands and Transportation Committees and is the WIR Representative on the IAC Board.

Public service has been a lifelong endeavor for Skip, as he’s served on City Council from 1992-1996, was Mayor from 1998-2001, and served in the Idaho Senate from 2000-2006. He was also an active volunteer fireman for the city for many years. He is a member of the Clearwater Basis Collaborative for over ten years and was recently appointed to the USFS Resource Advisory Committee and as the BLM Resource Advisory Committee Vice-Chair. These experiences have been a tremendous benefit to IAC, as Skip has been able to provide valuable insight into the workings of Idaho’s varied local governments. 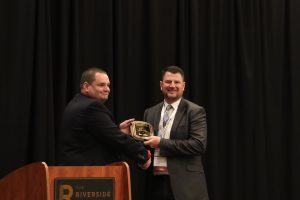 Vic Pearson was born and raised in Pocatello, Idaho. He Graduated from Idaho State University with a Bachelor of Science in Political Science and earned his Juris Doctor from the University of Idaho College in 2001. During law school he clerked for the Honorable Peter D. McDermott of the Sixth Judicial District Court. He had a brief stint in insurance defense in 2002 before deciding on prosecution. He began his prosecutorial career in 2003 and was elected County Prosecuting Attorney in 2012.

He is currently the President of the Idaho Prosecuting Attorney’s Association and has been a board member since 2013. He is also the second Vice President of IAC after being nominated by his peers to represent the Prosecutors across the State of Idaho. . 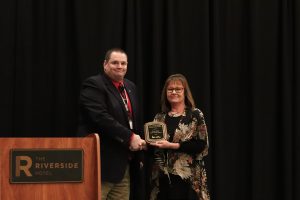 Tracie Lloyd lives in the house she grew up in and has two daughters along with two grandsons and numerous grand dogs. She once told her dad that someday she would be County Treasurer. She is passionate and tireless, whether working within IACT or volunteering in her community, which she does as often as possible.

She is active in several community organizations as well as serving on their Board of Directors. She has been working in county government since 1981, starting in the Coroner’s office. She has chaired and been a member of several IACT committees as well as serving as the IACT representative for the IAC Legislative Committee. Outside of her passion for serving, she is a shoe-enthusiast and even has an entire room just for her boots. She enjoys Sushi and going for adventures in her side-by-side affectionately named “Felicia”. No matter where she is or what she’s doing, you can always find her smiling.

The recipient of the H. Sydney Duncombe Award for Excellence in County Government is Kathy Ackerman, Idaho County Clerk and IAC Immediate Past President. 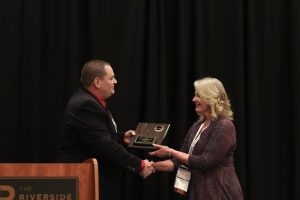 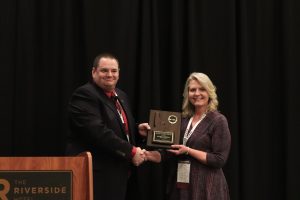 During her time in the Sheriff’s office, she became a Master Instructor Development instructor for POST. This is a very prestigious position as she was the trainer of trainers from 2007 to 2013. During that time, she instructed approximately 800 hours preparing Idaho Law Enforcement officers from across the state to be POST certified instructors. She retired from teaching for POST in 2013.

She makes things happen, with her tireless involvement and service with IAC and its Affiliates. Always happy to be a resource and mentor to newly elected officials, she is sought out by Clerks for council and guidance in the performance of their duties.

She spends countless hours on the phone and at the counter helping her constituents and visitors understand the workings of County Government, Elections, Indigency programs, property taxes, the court system, and the freedoms unique to the county residents.  Anyone who has ever attended an IAC conference knows that she will insist that all elected officials be aware of and practice Ethics in Government. This is reflective of her intrinsic values and the uncompromising level of integrity and ethics that she expects of herself and others who hold office.

Her willingness to serve goes beyond the duties of her elected position, as she is dedicated to her community through her church. She has been involved for many years with the religious education of school-aged children in her Parish, and she scribes whenever needed within community celebrations and fundraisers. For these reasons and many others, Kathy has been selected as the recipient of the 2021 H. Sydney Duncombe Award for Excellence in County Government. 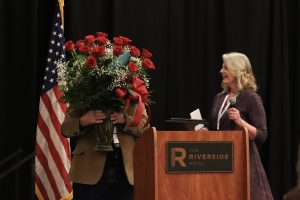 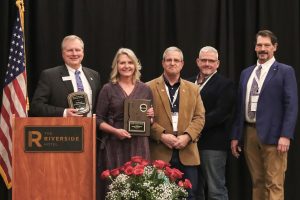 IAC was thrilled to honor these outstanding individuals and recognize their many accomplishments and contributions to the betterment of their counties.