From the Executive Director: Week of March 7

There is a lot to unpack in the bill which is 41 pages. The bill sponsors were in regular contact with IAC staff in drafting the bill. IAC did what we could to mitigate the negative impacts on counties in the event the bill passes. A detailed analysis of the bill, including the fiscal impact on counties will be emailed to county officials by close of business Monday, March 7th. After my initial review, here are the key takeaways:

The chart below visualizes the ten-year impact of House Bill 471 on counties under three scenarios: continued annual average growth in sales tax collections, average annual growth with a one-year recession, average annual growth with a three-year recession. The three scenarios are compared to expected county property tax budget growth which is used as a means of comparing hypothetical sales tax collections under the three scenarios. (Click on the chart below to enlarge it in a new tab.) 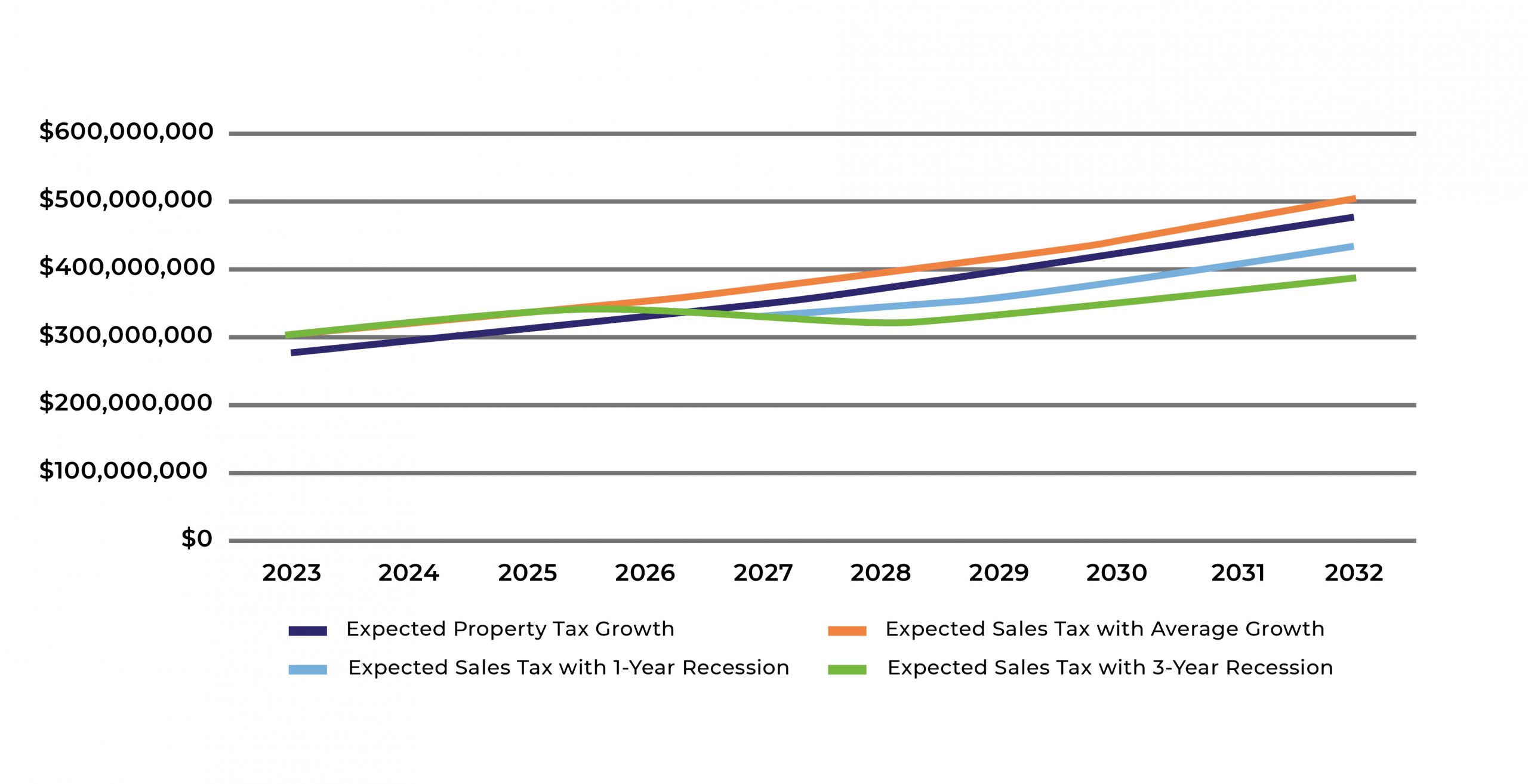 In talking with the chairman of the House Revenue and Taxation Committee, House Bill 741 likely won’t be heard until later in the week to give time for legislators, local governments, and the public to evaluate the bill. The IAC Legislative Committee will review the legislation during their regularly scheduled Wednesday meeting. Please pay close attention to your email this week as we share vital information and keep you updated on potential legislative hearings and action.

There will be a special IAC zoom meeting on Tuesday, March 8th at 11 am MT to provide a fiscal analysis of House Bill 741. Register here.