The National Association of Counties (NACo) held its annual conference in Adams County on the outskirts of Denver, Colo., at the Gaylord Rockies Resort this July. The event drew state and local government officials, subject-matter experts, and celebrated authors and innovators as keynote speakers from all nooks and crannies of the country. The event also boasted over 100 businesses and organizations in the exhibit hall, providing ample networking and growth opportunities for both counties and exhibitors.

Among the attendees were many representatives and county elected officials from Idaho, some of whom participated as workshop panelists. “Idaho’s participation in the conference and panels demonstrates that our counties are engaged, ready, and willing to lead,” said Idaho County Clerk Kathy Ackerman.

“These two presenters are respected for their many contributions in their fields of expertise,” said Ackerman. “Their knowledgeable insights are making a difference in their communities and across the United States.”

Idaho’s county elected officials who attended the various workshops found the content valuable and relevant to their own counties. “Participation in the conference is vital to my success as a commissioner. Every year, I can bring back one or two ideas to help move our county forward,” said Bannock County Commissioner Jeff Hough. “This year, one of my favorite ideas was the creation of county information dashboards. One county used lessons learned during the pandemic to create interactive information dashboards on their website to inform the public.”

Participation in NACo’s annual business meeting and election was another opportunity for Idaho’s voices to be heard, as counties were invited to cast their votes virtually for NACo’s incoming second vice president. The three candidates, supervisor James Gore of Sonoma County, Calif., commissioner Greg Puckett of Mercer County, W.VA., and Phyllis Randall, chair at large of Loudoun County, VA. took noticeably different approaches to their campaigns, but each were highly praised by their endorsers.

Despite valiant efforts amongst all the candidates, it was clear early in the election that Gore was the frontrunner. He managed to hold his lead throughout and secured his place as NACo’s second vice president. In addition to a new second vice president, NACo elected its new president, Will County, Ill. Board Member Denise Winfrey. “I’m pleased to announce today that RISE! will be the focus of my NACo presidency,” Winfrey told county officials gathered in the Gaylord Rockies ballroom. (RISE stands for Resiliency, Inclusion, Solvency and Empowering.)

In addition to conference sessions and meetings at the resort, attendees were invited on off-site excursions which included mobile tours of the Adams County Elections Administration Center, the Colorado Air and Space Port, the Gravel Roads Program, and the Riverdale Regional Park which toured the Riverdale Animal Shelter, Veterans Memorial, and the Riverdale Golf Course.

“It was very educational to tour the Adams County Elections office and see first-hand how they operate in conjunction to Idaho. Nebraska and Utah also shared informative pamphlets they use for voter education,” said Power County Clerk Sharee Sprague.

On the final day of the conference, NACo’s closing celebration took place at the Stanley Marketplace in Aurora, Colorado, where conference goers enjoyed a buffet-style dinner, live music, dancing, and patronizing the many gift shops and eateries at the two-level indoor plaza. For some opportunistic attendees from Idaho, the shuttle bus between the resort and the marketplace served as impromptu karaoke mobiles.

Reflecting on the fun and successful event, Idaho’s conference attendees are already looking forward to next year’s annual conference which will be held in Austin, Texas, and they strongly encourage other county elected officials and staff to attend, especially if they’ve never been. “I appreciate that networking is a natural component of the conference, as it affords us the chance to strengthen relationships with our counterparts from across the state and the country,” said Sprague. “Connecting and sharing resources is how we learn and build stronger counties – this conference provides the perfect environment to do that.” 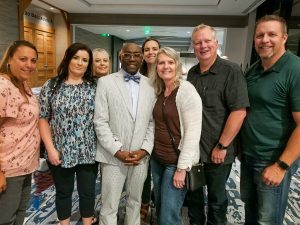 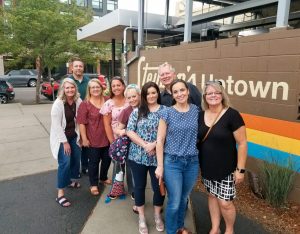 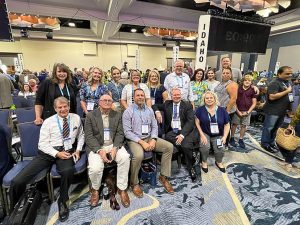 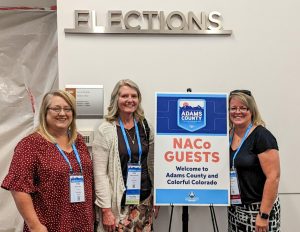