This past August, the Idaho Association of County Treasurers (IACT) held their annual meeting along the banks of the beautiful Snake River in Idaho Falls, Idaho. The three-day conference was a welcome reprieve from nearly two years of digital conferences and phone meetings. Friends and colleagues gathered to share stories, discuss new legislation and attend educational classes with topics ranging from human resources to municipal investments. New Executive Board officers were also installed for the 2021-2022 year during the ceremony.

In addition to the installment ceremony, the conference hosted special guests who presented on best practices for implementing new laws in counties, gave talks on the State of the State’s economy and helped facilitate evaluations that will lead to more positive and productive work and home environments.

With the success of the in-person annual meeting, plans were made for future conferences. “As September begins, we look forward to the next time we can all gather as one, and we hope the next meeting won’t take as long to materialize,” said newly elected IACT President John David Davidson. 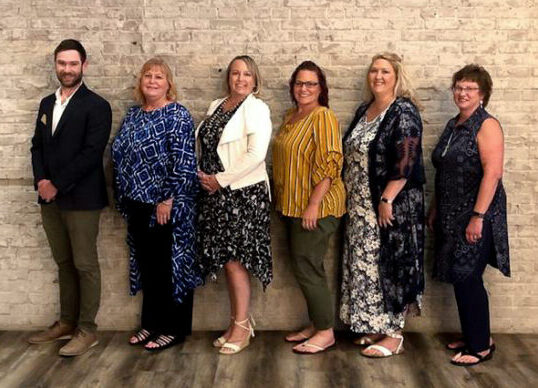 New Executive Board officers from left to right: